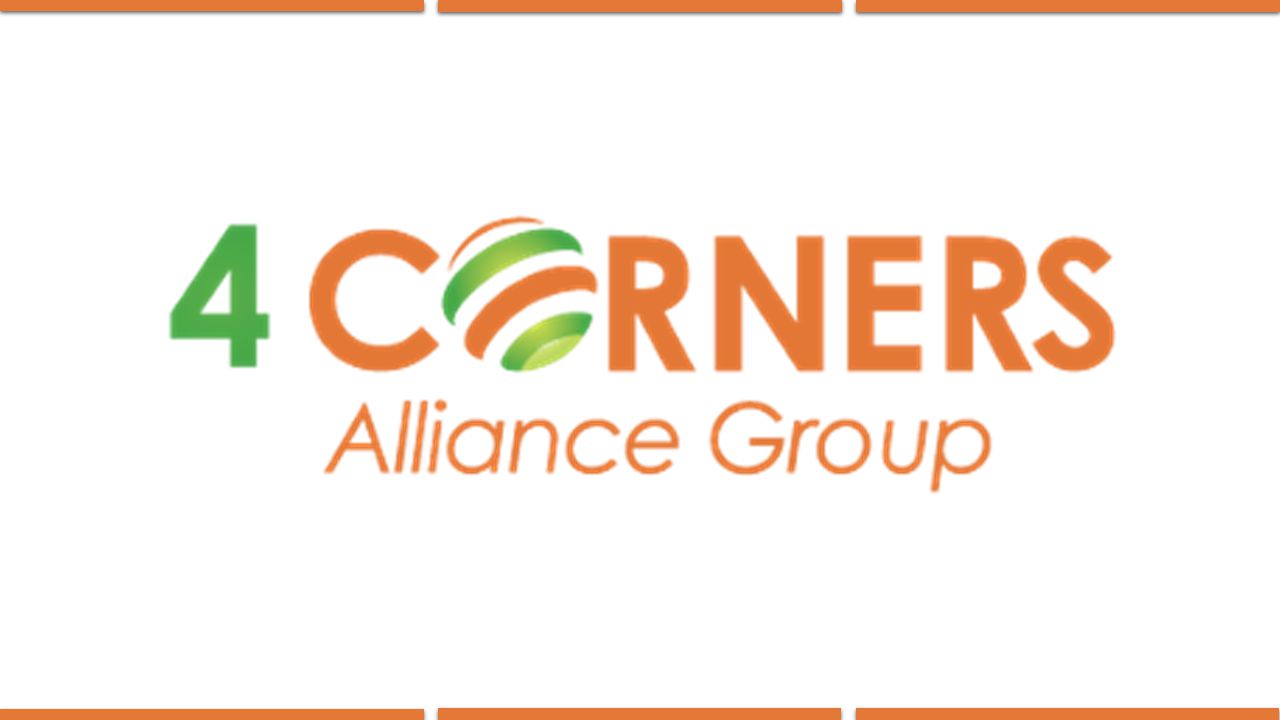 Founder: David Harrison
Price: $18, plus numerous upsells (up to $300) and $39.95/month
Website: fourcornersalliancegroup.com

Hey there readers! I’ve come across another MLM program, and I decided to review it after some research. Is the Four Corners Alliance Group a legit way to get rich? Let’s see!

What is Four Corners Alliance Group All About?

Whenever I see an MLM program, my first thought is “overpriced, overhyped, pyramid scheme.” It’s kind of a stereotype, in the same way that women being better multitaskers than men is a stereotype. Both are just plain true.

Here’s the thing about Four Corners Alliance Group: it’s a pyramid scheme, similar to the likes of MOBE and Empower Network. But unlike those programs, Four Corners Alli- you know what, let’s call it 4 Corners- has you buy and promote PLR (private label rights) products instead of training programs.

Founded by David Harrison, 4C sells financial education eBooks. But as we’ll find out, you shouldn’t expect to benefit from their content. You’re buying them for the right to promote them to other people. Sound familiar? Oh yeah, this is every MLM scheme ever.

My review will tell you all you need to know about Four Corners Alliance Group, which is a considerably complicated pyramid scheme, full of matrices, spillovers, downlines, and other useless jargon.

There are two parts of the 4CAG, those being the products and the compensation plan, or affiliate program. No points for guessing which one is the only reason people join.

The Four Corners Products (and Prices)

All right, an important part of MLM programs is the products they offer. Well , not really. Most of the time they’re just there to avoid pyramid scheme allegations.

Before you get anything done, you have to pay $18 to get into Four Corners. That’s your initial investment, and the enrollment fee.

Four Corners’ main products are the Financial Literacy line. These are, as I said before, finance books. There are 6 levels of products, and each level has multiple books. The prices below are the cost to enter a level and gain access to its books.

It starts out pretty understandably. 10 bucks for an eBook isn’t a bad price. But that understanding fades as we go higher and higher.

Thinking of promoting only one level? Maybe Level 6? Think again! If you pay for one of these books, you have to pay for all levels below it! So either way, you’ll be paying about $550 for all the Levels.

These products are where you’re supposed to make your ‘$500,000,’ but there are 2 monthly subscriptions that you can profit from too:

Don’t even bother asking what these are. It’s not like 4 Corners makes it clear on its website. All you gotta know is both are monthly subscriptions. That’s all that’s important in an MLM anyway.

Now, I haven’t read the books, so I can’t really criticize their content. But come on, do you think anyone cares about the content?

Of course not! These are bought for one reason: to be promoted. I’m not even sure anyone reads them. As if so many people are in it for financial education.

If  you actually do want to learn about finance and investments, there are way too many alternatives online. I am very sure that you can find better financial eBooks on Amazon or someplace like that. You’ll find them for a lot cheaper too. Why, a simple Google search will give you hundreds of free sources.

Who am I kidding? No one cares about the products. I haven’t read one review, positive or negative, that speaks them in detail. And that’s because MLM products are only for buying.

The real reason anyone would buy into Four Corners Alliance Group is the compensation plan.

4C’s compensation plan is undoubtedly one of the biggest headaches I’ve ever had the displeasure of analyzing.

That would make it like most MLM matrices, designed to confuse the customer. I can see how turning the complication up to eleven might make it easier to convince people.

Anyway, let’s take a look at the main matrix Four Corners offers, the one that’s tied to the Literacy Levels. This is really complex, so listen (read?) closely!

But to get to Level 3, you need to pay $25! Now you have to recruit 64 more people! Sure it pays $10 each, but this recruitment is easier said than done, of course.

Wait up, Bub! What’s “forced” about this thing?

I almost forgot! 4 Corners loves to brag about its forced matrix. And I admit, a forced matrix is better than the alternative. Let me give you a for instance:

Remember those first 4 saps you recruited into 4 Corners? The people they recruit count towards your referral count. So if each of them somehow referred 4 people each, you have your next 16 affiliates.

This sounds like perfect passive income, and I suppose it could be, until reality strikes. How likely is it that the people you recruit will do their share?

Ever done a school project? There’s always the lazy guys and the hardworking guys. And as much as the hardworkers toil, everyone will be paid, er, graded equally. I would know. I’ve been both archetypes.

So chances are, you’ll be providing passive income for someone else!

In the end, unless you’re a marketing master, you’ll never get past Level 2/3. Actually, since Four Corners isn’t the newest program, the highest spots in the pyramid have been taken. The odds are firmly stacked against you.

There’s another matrix in the program, this time involving the monthly subscriptions:

This is a 4×7 matrix. And it means business!

Nah, not really. In this layout, you only get $1 for every referral you make to this monthly newsletter. At the same time, you’re paying for it (because you gotta own it to promote it, natch). So you need 30 recruits just to break even!

Yes, at later levels the commission goes up, but there’s little to no chance of that happening for a rookie.

There are other aspects to the program, but these are the only parts worth mentioning. 4C loves to spew buzzwords and jargon, so I couldn’t really understand what the products were. I also just didn’t care.

As I always do, let’s get to the kicker: the income disclosure!

What, no numbers? Yep, this is 4C’s income disclosure, or lack of one. For me personally, this is the biggest evidence against the program.

Amidst all the cringe-worthy damage control, you’ll notice that it clearly states:

Since Four Corners Alliance Group has recently launched, it lacks enough statistical data to prepare income disclosures. The numbers shown below are estimates pending more detailed survey to be conducted after its first year.

Well, how about that? It’s only because they haven’t been on market long enough! That makes sense.

Hold on, no it doesn’t. Four Corners has been a thing since 2013. 2013. Yet they clearly state “first year!” Why, oh why, would they hide something like this?

Now I know it says “average,” but c’mon, there are multiple reasons why you shouldn’t expect anything more. The top of the pyramid is established.

Let’s just say you manage to earn $2000/year. That’s nothing, especially for a company claiming it can make you rich. And that’s also assuming you can actually recruit people.

Think about it: how many people do you know that would actually buy these products? As I said before, there’s a million other resources online.

Chances are, a 4C customer is a rookie, who has little knowledge of internet marketing. In that case, the only thing to do is call on friends and family, which just hurts your reputation, and makes you look desperate.

I’m not gonna lie, the term “pyramid scheme” is overused nowadays. That being said, I genuinely can’t think of another term to describe the Four Corners Alliance Group.

You’re required to buy products before promoting them. Your income is dependent on the number of people you recruit. As if that weren’t enough, you have to buy all the products. Yeah, it’s safe to say this is a pyramid scheme covered by the useless PLR eBooks.

Oh, and top the whole review off, you can only refund your initial $18 payment. In case the coffin wasn’t nailed shut already.

My advice? Stay away from Four Corners. It definitely will not earn you an online income. Rest assured, there are other ways to do so, the best being affiliate marketing.

With affiliate marketing, you can choose what to promote, and to who. It’s cheaper, and simpler. You also don’t have to worry about matrices.

You’re probably here because you’re looking for a way to make money online, and came across Four Corners. Well, 4C is a bust, but luckily, there is a much cheaper and way more valuable alternative.

With my #1 Super Program, I started a website for free, and now I run an online business. It’s the only affiliate marketing program I fully trust, and if I can bounce from falling for scams like 4 Corners, so can you!

What do you think of 4C? Do you agree with calling it a pyramid scheme? Are university textbooks overpriced? Have any questions? Leave an answer (or question) in the comments below!

Your pen pal in pyramids,

20 thoughts on “The PLR Pyramid: What is Four Corners Alliance Group All About?”