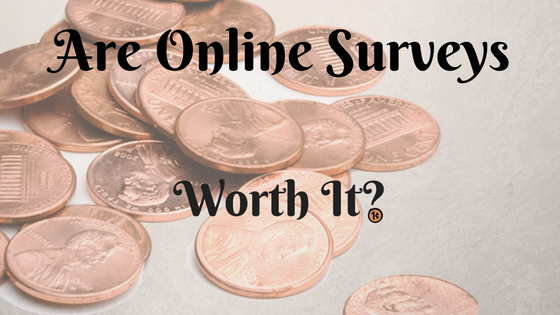 It’s unavoidable. No matter what keyword you use relating to “making money online/quick/fast,” you’re always directed to online surveys. It just doesn’t fail.

When you try to earn some quick money online for the first time, you see surveys as a goldmine. I know I did. You don’t have to do anything. Just answer some questions and get paid.

So you’d think that surveys would be worth it, right?

At least, in my opinion.

Personally, I would say that surveys are a waste of time, and are actually vastly overrated by pretty much every “make money on the side” article out there.

Surveys are not a good way to make money, and here’s why I think so.

Sure, surveys sound like free money, and well, they are.

But just because you’re gaining money, doesn’t mean you’re not losing something else, which in this case is Father Time. Or just time, since Father Time is a person. Whatever you prefer. Alright, this paragraph needs to end.

As I was saying, surveys take a long time to finish. When I started doin’ ’em on sites like InboxDollars, it would take around 20 minutes to complete a $0.50 survey.

Don’t even get me started on Swagbucks, where I’d spend 20 minutes only to see I’m not even qualified to fill that survey. I wouldn’t even get points!

I’m not saying these are bad sites. They’re actually legit ways to earn a little bit of money. But you’re gonna be wasting a huge amount of time for a few cents.

$10 a month is considered “good” for survey sites.

A part-time job could get you way more than that. You could work at your McDonald’s for an hour a week and come out better than if you took a survey every day.

So go flip a burger or two. There, I saved you a few hours a month.

I mentioned this above, but I consider it important enough to give it its own section. Am I comprehensive, or what?

Anyway, the reason surveys are so common in listicles (list articles like you find on Buzzfeed) is because they pay. But while they do in fact pay for almost no work, it’s an incredibly small salary.

There’s also scam sales pages that promise full-time incomes just by answering surveys. Since so many are completely new to internet business, they believe the exaggerated salaries.

I know, they’re not really salaries, but that doesn’t stop those gurus and scammers from acting like they are.

Some sales pages even claim that surveys pay $20-$50, or even more. You’re answering mindless questions, not finding gold nuggets.

Think about it like this: if you use Opinion Outpost, one of the most reliable and prestigious (I use that word very loosely) survey sites, you’ll earn 50 cents per survey. I normally take about 15-20 minutes to finish each one.

Keeping in mind that the payout threshold is $10, you would need to finish 20 surveys to get paid. That would take you around 3-5 hours. Maybe more, maybe less. Still a long time, though.

And that assumes you even find surveys right after you finish one, and that you even qualify for a survey in the first place.

So you’re looking at around $3 an hour, in the best conditions. Not ideal at all.

Remember, Opinion Outpost is one of the best survey sites. InboxDollars has a $30(!) threshold, and it pays only in checks. SwagBucks, one of the most popular rewards programs, doesn’t even use money as currency. It uses points that can be redeemed for gift cards. 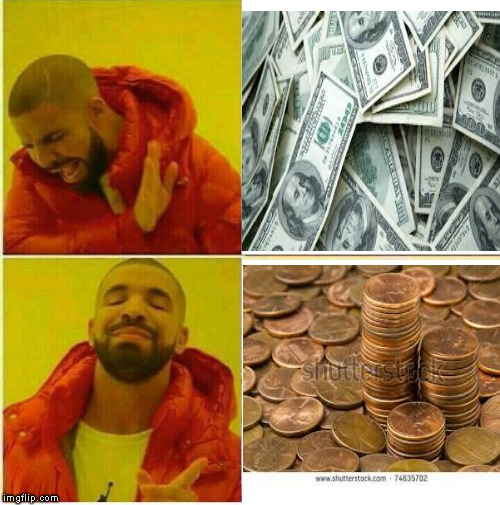 The truth is, the people directing you to the surveys, and really, the survey websites themselves, make a lot more money off you than they do off the surveys. They have a vested interest in having you join.

All in all, if you expect anything more than a few dollars, surveys aren’t for you. Don’t get caught in the trap.

This is just an extra warning. If you go all out and do every survey you can find, your email will overflow with spam promotions. Just another effect to consider.

#3: The Time Could Really Be Spent Elsewhere

This goes hand in hand with #1.

You could spend hours and hours on surveys, and get paid right away.

But come on, do you really want to go past the “hours and hours” part?

The mind-numbing and unreliable nature of online surveys make it so that even if it is possible to earn a lot in a day, you often won’t, just because of how tedious they are.

If you’re serious about making money online (and you are, if you discovered surveys to begin with), then you know you have to spend quite a lot of time starting a business before getting anywhere.

Be it selling on eBay/Amazon, freelancing, affiliate marketing, or some other fourth thing, you need to invest quite a lot of time.

Sure, surveys give you an instant reward. We all love instant gratification. Heck, we millennials stereotypically live for it. 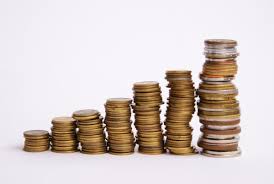 But it’s a pathetic reward. “Cash for surveys?” More like coins. If you spent the time doing something else for a delayed and often bigger reward… well, that’s just a good idea.

Take this blog post. I could have earned a few dollars writing surveys in the few hours it took me to write it. And when it’s done, it won’t make me much money… yet. Just like a tree, it’ll bear fruit in the future, when it gives me leads.

Why, these days I could start a full blog in the time it takes to do a survey.

That approach is how you should look at online business. Don’t waste your time on “quick money” jobs that’ll lead to nothin’.

Online Surveys: Not Worth Your Time

It may seem like I see surveys as the spawn of Satan, considering how I spent this whole article bashing them.

I really don’t hate them at all though. In fact, I still use some of the sites I mentioned above… Very. Very. Infrequently.

What I hate is beginners flocking to them and getting the wrong idea. They often get led to believe that surveys are one of those “need money fast?” tricks.

Flipping concert tickets is a fast money trick. The time lost on doing surveys is far more valuable than the money earned. You need to put some value on your time.

After starting any kind of business, you eventually realize that time is actually more important than money.

Don’t wanna start a business? Fine, read a book. Play a game. Take a walk. You’ll make better use of your time.

If you’re looking for a few extra bucks a month, then by all means, go for it. I personally suggest going with Opinion Outpost, or iPoll (on mobile). To me, they’re the most useful survey sites.

If you wanna start a real online business, though, I suggest you check out the program I used to start mine. It lets you join for free, and gives you websites to boot. It hasn’t disappointed me yet, and hopefully you’ll have the same results.

Whatever you do, make your time count!

Have you had any success with surveys? Do you think I’m being too hard on them? Leave your thoughts in the comments below!

And if you enjoyed the article, please share it on social media!

Your sidekick in surveys,

24 thoughts on “Are Online Surveys Worth It? – I Think They’re a Waste of Time”