Hello again readers! It’s me again (did you expect anyone else?), and do I have something to share with you. Did you ever wonder what happened on a random day in history? Or what happened today, 30 years ago? Well, whether you wondered or not, that’s the topic of today’s post!

Recently, while looking for new article material, I fell in a rabbit hole (of course) and ended up on a site called onthisday.com. I don’t know. It’s how the Internet works.

The cool thing about this website is that it let’s you see what happened on ANY day of human history.

Hmm… maybe not every day. But pretty much all we know. It has nothing to do with internet marketing or business, but then again, it’s good to be a little off-topic sometimes. It’s what categories are for.

I also used takemeback.to, another ‘calendar’ site. Each site has information the other doe 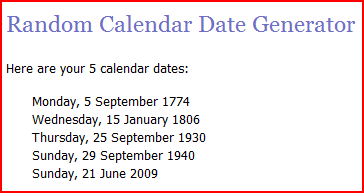 sn’t, but onthisday.com has a cooler name, so it made the title.

I used a random date generator to, well, generate some dates. Yes, such a thing exists. And yes, I totally just found that out. Let’s take a look!

Ah, the Thirties. 1930, specifically. The first year of the Great Depression. But just because the economy was down, doesn’t mean the world was inactive!

We can see that this day occurred during Herbert Hoover’s presidency. Did you know he never held any previous office-elected position before winning the election? Embrace this useless fact, for history may repeat itself this year, coincidentally with another Republican.

Look at all these events! Granted, we’re looking at quantity over quality here. Do I really have any interest in the Austrian government? Or the manager of the Cubs? 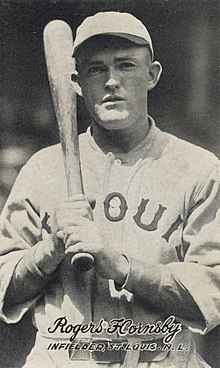 Well, actually, Rogers Hornsby is a noteworthy baseball player. His batting average is the second best of all time (.358), second only to Ty Cobb (.367). And like Cobb, Hornsby was an aggressive and confrontational person. He even said that he didn’t think his teammates liked him at all, which wasn’t really a stretch. He became the manager of the Cubs on this day. That’s all for now. This paragraph is too long.

Now there’s a good birthday list! You can see Shel Silverstein was born today (as long as we’re in this subsection, we’re in 1930). You’ve read one of his books for sure. Well, at least one: “The Giving Tree.” The Giving Tree is one of my favorite books. It’s about a boy growing up, while being friends with a tree. The tree gives him everything she has, leaving her with nothing. It’s really sad. Everyone has an interpretation of it. I recommend a read. It also has a terrifying picture of the author on the back.

2009 is still fresh for me, probably since it’s only been 7 years.  We know what it was like. The midst of the Great Recession (hmm…).

I’d go into length about the economy of the world in this year, but I’m not really an economist. I also just don’t care.

What I do care about was that this year was the pop culture aspect, which is where most (not including affiliate marketing and business of course) of my interests lie.

I’m talking about the sixth Harry Potter movie, Up, the debut of Parks and Recreation, New Super Mario Br- 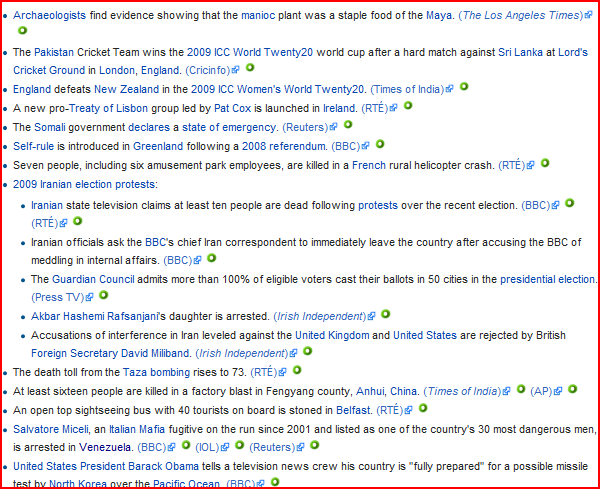 All this stuff happened on one day. That’s something to think about. On any given day, world-changing events are happening. Or just plain interesting stuff.

Like the Maya discovery. Who would have known that the manioc plant was a staple food of that civilization? More importantly, who would really care abo- whoops, I mean, who wouldn’t care?

I actually learned a lot just from this list. I had no idea Greenland was part of the Danish Realm, or even that the Danish Realm was a thing. Greenland’s self-rule took effect on this day. They made Greenlandic their official language too.

The more I look at it, most events are political. I hate political topics. They’re so opinionated I wouldn’t touch them with a 10 foot Power Pole.

You’ll notice this is a Wikipedia list. I found out the Wiki does it better. Maybe I should have changed the title… nah.

This wasn’t a random date, this is my birth…date! It’s my birthday! And I don’t mean like June 19. I mean the specific June 19, 1996. Because so many people consider only their date as a sign that their birthday is special. You gotta look at the actual day!

It seems I got worked up over nothing. That’s how you can tell we’re on the Internet.

Anyway, the events of this day make my ego proud. It was the day Boris Yeltsin won the second ever Russian presidential election. That’s would be a totally useless fact for me, had it occurred any other day. It’s the spirit of personal bias.

I love Disney, and on this day, The Hunchback of Notre Dame had its premiere. If you haven’t watched it before, I highly recommend you do. It’s pretty dark for a Disney movie, touching on damnation, lust, and other mature themes.

Sadly for my vanity, those are really the only 2 noteworthy events I could find for this day.

It doesn’t really count, but Independence Day, a crazy successful movie, and one of my favorites, was released a few days after, with Dolly the cloned sheep being born two weeks later.

I’d also say Bill Clinton was President. That doesn’t really matter at all, but his wife is *kinda* important nowadays, so it’s worth a mention.

This looks like an ordinary day, and it is. It’s so ordinary that it’s been called the most boring day in history. William Tunstall-Pedoe, a search engine scientist, scanned every date from the beginning of the 1900s and found that April 11, 1954 had the least amount of noteworthy events.

Basically, Belgium had a general election, and a Turkish academic, Abduallah Atalar, was born. That’s it. Nothing especially major happened.

After posts like these, I’m grateful for my ‘blog’ category. They have to go somewhere, after all. I like to think of these as character developing posts, which do exactly what their description implies.

Do you have a date you ever wondered about? It’s your birthday, isn’t it? Try it (or a randomly generated date) out on the websites above and leave a comment with your findings!

Your homie in history,

20 thoughts on “What Happened on This Day… – Fun with onthisday.com!”