Hey there again readers! It’s time for another review, this time on the popular Phoenix Power Rising program. Is it legit? Or is it another scam?

What is Phoenix Power Rising?

That’s kind of a hard definition. Phoenix Power Rising (PPR) isn’t really much of a product. It’s a matrix system. Never heard of one? Basically it’s like this: you refer people to join and supposedly get paid for every referral you make.

And that would be the simplest explanation. That’s seriously what PPR is… at its simplest, of course. Matrix systems are really complicated. I’ll tell you more about this below.

The creator of PPR, Terri Petty, has a history of shady products, such as the ‘Project 4 Freedom,’ a 2010 scam very similar in practice to PPR. So this is already looking bad.

Although this may not be clear right away, PPR’s main product is a discount shopping network. Let’s dig in deeper, shall we? 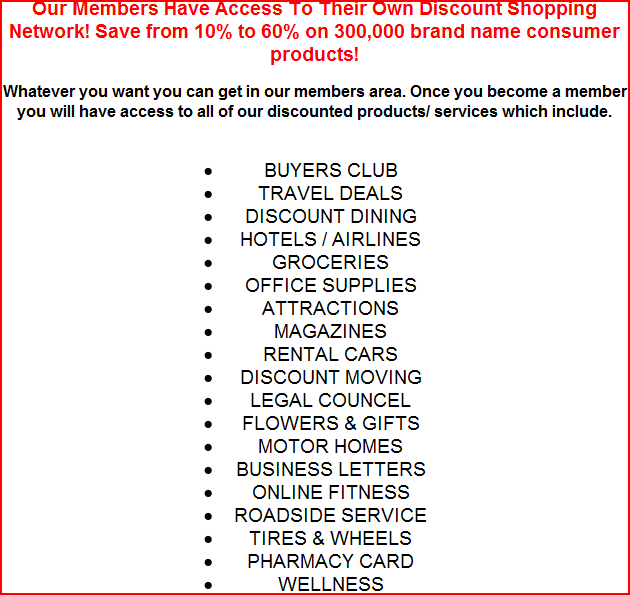 You’ll probably notice the (most likely intentionally) unclear wording. Who is selling such products? What brands are they? All we know is that they’re, in fact, brands, which doesn’t guarantee greatness (looking at you, EA).

The only reason this is a thing is because PPR needs some kind of product. Otherwise, it’s just a pyramid scheme. Well, it is already, but not blatant enough.

There’s also the commission PPR gets every time a purchase is made on this network.

In truth, no one cares about the network. It’s not even on the main page. People are joining PPR to get paid, not the other way around.

On to the main event, the Ponz- I mean, the ‘compensation’ plan!

Remember the matrix scheme I mentioned a while back? This is it, in all it’s scammy glory.

Before I go into detail, I gotta warn you that these matrices are hard to understand, which is why they’re either avoided outright or bought into by innocent victims.

That picture represents the way PPR works; it’s the first of 3 levels.

You’d be the leader, on top. When you get 2 people to sign up,  those 2 have to get 2 referrals of their own, and so on and so forth.

Too bad it’s impossible to get. You see those first two saps, Mike and Gerri? They have to complete a cycle of their own before you get to level 2. And everyone under them has to complete their own cycle!

I don’t italicize for nothin’! It doesn’t take much effort to see that this scheme works only by recruiting more and more people. It’s a system that only survives by adding more recruits!

So in the end, although there are 14 positions for you to fill personally, you’re gonna have to deal with way, way more than that to get even $300 (which, as you’ll find out soon enough, won’t ever arrive).

But at least it’s free, right? Wrong! Read the next section and weep!

OK, I was being a little melodramatic back there. PPR is actually free to join. I’m not gonna lie about that.

But you can’t do anything. Remember your position in the matrix I went over earlier? Well, that position costs $120.

That’s right. Even before you try to make $300, you’re down $120. Admittedly, PPR says a ‘benefactor’ will pay your position fee, but you can probably guess that doesn’t actually happen. You’re just put in a waiting line, which means you’ll have to wait (duh).

As a result, you’re encouraged to pay the 120 smackers. You know, to get you inside the matrix faster.

Speaking of payment, let’s have a closer look at that…

If you believe the website, PPR will make you a millionaire in 12 weeks. For free. Who would believe that?

PPR soft-launched in April 2016, and anyone using it was promised payment on June 1st. Ever since, it’s been blowing up. It’s why I wrote this review.

And with all that hype comes the affiliates. Yes, while affiliate marketing is a legit way to earn money online, many affiliates have no conscience. They will promote ANYthing, and PPR is a hot topic. During the course of my research, I saw some nasty things said by some ‘users’ of PPR to anyone who dared to mention it was scam.

The argument these affiliates made was that since the June 1st payment date hadn’t happened yet, PPR was not a scam.

Lo and behold, they are absent from any article dated after June 1st. Know why? They got played. Not one person has been paid by PPR. After the ‘real’ launch, users were told they had to pay $10 to verify their accounts.

That was after they stalled the audience by saying their payment processors were down.

Speaking of processors, keep in mind that PPR uses unconventional payment methods. You have to use Money Order, or this weird Payza platform. Both were probably chosen to make it hard for you to get a refund. Oh wait, you can’t get one anyway!

Yep, you can’t get your money back. This is a major sign of a scam.

This really should be enough to dissuade you, but I’m sorry (not really) to say that there’s more. Specifically, in the background of PPR.

A Little Background on PPR

Here’s a bombshell. PPR was launched once before. In 2012. So why are they launching it again?

The short answer is, the pyramid scheme fell apart. As all pyramid schemes do, eventually. And just for the record, no one received any money from that edition either.

But why stop at PPR? The creator, Terri Petty, is well known for her history of blatant scams, namely the aforementioned “Project 4 Freedom” scheme in 2010 (also known as Freedom Project).

I don’t need to tell you that no one got paid for that one either. In fact, when the payment date for that scam arrived, Terri kept extending it by a week at a time. Each time she delayed, she said she needed “emergency” funds, thereby milking her customers even more!

Hah, know what else? She’ still extending it to this day! Six years later, and people are STILL asking her for payment! One scam.com member put it bluntly:

I didn’t listen to last night call but it the same old garbage every week. I should get the money on Friday or next week then the next call the same old BS. To all “Freedom Project” members who invested in scam artist Terri Petty bogus schemes do you finally see the picture now? Do you really think you going to get any money from this serial liar. Yes we all been taken by Terri Petty lies but you can report this criminal to the law because she belong in jail.

This was written in July 2016. Every week Terri makes the same excuse and extends the deadline. The poor suckers don’t see that they’re never getting paid.

The complainer has a point, actually. Why isn’t Terri in jail? This is a blatant scam. A fraud! A trick! Seriously, she must have broken some law.

Think about it: if PPR is free, where do the commissions come from? Is Terri giving away money? The mystery deepens… not!

Although I’ve called programs like Empower Network ‘scams’ in the past, they’re more ‘overpriced and misleading’ programs rather than ‘full-blown money-stealing demon vaporware.’ The former at least give you something, no matter how overpriced it may be. PPR has nothing.

Oh yeah, to this day, more than a month after the payments were due, PPR has yet to pay its users. You may see some tool claiming they’ve been paid, but they’d be lying. In fact, PPR is now offering ‘leads’ (up $120 worth) to anyone wanting to get more referrals.

All in all, I’d say Phoenix Power Rising is absolutely a waste of time, money, and the domain it’s hosted on. If you don’t wanna be robbed, stay away from PPR! It’s a disgrace to phoenixes everywhere.

I’ll say this: it is free at first, so you have nothing to lose. Ha, that was a nice joke. You lose your valuable time, and you gain absolutely nothing.

There’s a lesson to be learned from all this: there are no shortcuts to riches online (or anywhere for that matter). If you think you can get rich with scams like PPR, you’ve got another think coming, friend.

I myself used to chase too-good-to-be-true schemes like these, losing a good deal of money in the process. Somewhere along the line, I found a program that’s actually been a source of success for me, one that taught to build success rather than buy it. Read more about my experience here!

Your deputy in spam defense,

16 thoughts on “What is Phoenix Power Rising About? A Scam Exposed!”